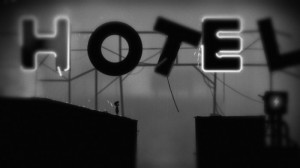 LIMBO – A new adventure/puzzle PC game was recently released that made quite an impact! The game is based in a black & white background and has quite a “dark” atmosphere.

The main character of the game is a boy without name who wakes up in a middle of a forest. There starts a journey in order to find his missing sister. In this mysterious forest you will come across a great number of traps and a number of other children who will not always be friendly!
The quite sudden end of the game is a little of a surprise but the game has received very good reviews in overall and it is worth to give it a try.

“A triumph for independent game development, which manages to transcend all that came before it without having to re-write the genre.”
– Xbox World Australia

“Stunningly beautiful and hauntingly atmospheric, Limbo is a modern day masterpiece. The puzzles are balanced and intelligent, and the art direction is phenomenal. This is one of the classics you owe yourself to experience”
– Gamer.no

The game was developed by the company Playdead, an independent game studio based in Copenhagen which was founded by Arnt Jensen and Dino Patti in 2006.